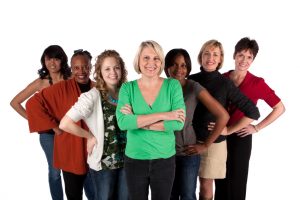 Not all ADHD presents the same. Some women are hyperactive; others are sluggish. Some love having a lot of commotion and stimuli in their lives; others need to frequently retreat to a quiet space to recharge.

Consider the list of symptoms below that are not often listed in the ADD literature but which are commonly described by women with ADHD. Is it any wonder that your daily activities can be so overwhelming?

20 Common Symptoms of ADHD in Women

1. Hypersensitivity to noise, touch, smell. Women with small children are often overwhelmed by the constant interruptions, the noise level and commotion at home.

2. Feelings of low self-worth. Women may feel they should be able to “do it all” and feel defeated when they can’t keep up. Juggling parenting and work responsibilities can simply be overwhelming.

3. Hypersensitivity to criticism. Again, high expectations since childhood of being a “good girl” can make women with ADHD more vulnerable to these sensitivities.

5. Being emotionally charged and easily upset. This is exacerbated during hormonal changes.

6. Starting projects but seeming unable to finish them. Do you have piles of empty photo books? Heaps of unfinished sewing projects?

7. Taking on too much. On top of work and parenting, there is often the need for women to take on even more, like volunteering, helping out with school-related functions, making meals from scratch, etc.

8. Difficulty remembering names. This often gets worse before, during, and after menopause.

9. Saying things without thinking, often hurting others’ feelings. Women often express themselves much more freely than men. Enter ADHD, and they can often say what first comes to mind, which can inadvertantly hurt feelings.

10. Appearing self-absorbed. With ADHD, a person can be so involved in their inner world or dialogue, that it seems to others that she is not invested in the conversation or relationship.

11. Seeming to not want to hear what others are saying. This is especially difficult for women, who often want to connect socially, but have difficulty doing so. Their sensitivty to criticism sometimes indirectly builds a wall and makes intimacy more challenging.

12. Engaging in addictive behaviors. While addiction is associated with ADHD in general, women tend to struggle with addictions like shopping, too much TV (soaps!), and overeating.

13. Problems with word retrieval. This often worsens during menopause.

14. Poor handwriting. This can be an embarrassing issue, as society seems more accepting of poor penmanship in men.

15. Difficulty with boring, repetitive tasks. Examples include laundry and other housekeeping chores.

17. Difficulty making decisions. Anything that requires many choices, like grocery shopping, can be problematic.

20. Difficulty falling asleep and difficulty waking up the next morning.Again, made worse during menopause.