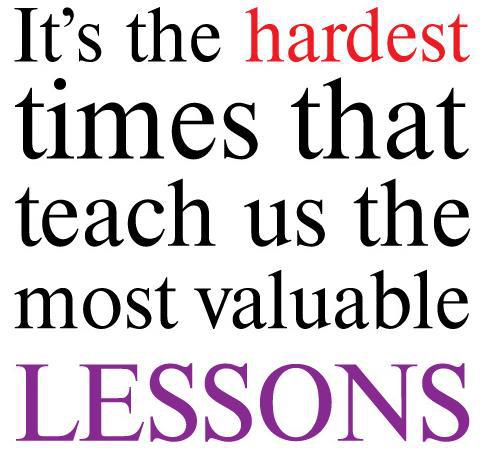 Typically, by the time an adult with ADHD has come to me for help, it’s because he has hit rock bottom. His work performance is suffering and his job is in jeopardy.   His ADHD symptoms have gotten him into too much hot water, whether it’s from being chronically late for work, not finishing projects in time, or impulsively chewing out his boss or co-worker.

Perhaps a woman has fallen into a deep depression because she can’t keep up with her young children and her home and balancing it all while working part or full time. She can’t get dinner on the table every night. She loses her child’s school permission slip- yet again. The house is a mess. She’s simply too drained to do much of anything and she feels like a total failure.

Or maybe it’s the single man or woman whose self-esteem is so low because yet another potential relationship has failed. The hard work in sustaining a healthy relationship is just too much.

And there are more struggles:  Instead of having friends over, many adults with ADHD avoid social contacts because their house is just too cluttered. They become isolated, embarrassed and lonely.

Figuring out what to wear to a formal event- and often casual gatherings- is beyond comprehension, so invitations are politely declined. The hole is digging deeper…

A lack of self-esteem forces many to not even attempt to move up in their job for fear they’ll be found out that they are, in their own mind, “inept.”

Most of the time, these folks work just as hard at hiding their so called failures, thus waiting way too long to get the help they so desperately need. By then, they have indeed, hit rock bottom.

Many adults have internalized lots of negative thoughts and feelings about themselves that simply aren’t really true. They think their procrastination is due to laziness. That their impulsivity is a sign of immaturity. That their inattention is due to a low IQ.

All of these internalized feelings typically develop not only into low self-esteem, but also into depression, anxiety and even a tendency to self-medicate through alcohol, marijuana and other substances that either mask or tame their feelings.

Before long, such adults with ADHD not only feel like failures and become depressed; they have lost hope. It’s as if the wind has been knocked out of them for the final count and it’s all they can do to just tread water long enough to stay afloat.

In no way should friends and family dismiss these feelings as a sign of weakness, as character flaws, nor should the pain be minimized as a temporary situation that will get better “if they’d only toughen up and pull up their boot straps.”

This is why I get so angry when I read that ADHD is a made up disorder or something that children outgrow. ADHD is real and if left untreated, can cause incredible pain- not only to the person with ADHD, but to his spouse, family and friends. People with ADHD struggle every day with distractibility, inattention, and more. That’s not to say that we should just throw in the book and give up, though.

Thankfully, ADHD is highly treatable. In fact, it’s one of the most treatable of all mental health conditions.

The question becomes– how does one get help? How can one avoid slipping into the hole of despair? Sadly, what I hear over and over again is that it can be very hard to find the appropriate help. Few clinicians to this day understand how to effectively treat ADHD in adults. Many people don’t live in or near a large city where one has a better chance of finding an ADHD savvy clinician.

Help is available. You just need to know where to find it and also learn how to utilize the resources that are already within you. You can start by reaching out to me for a consultation, so I can help guide you towards finding the help you need.

In the meantime, never give up hope You have many gifts and talents and an inner strength that has gotten you through many obstacles in your past. The future is now wide open, if you’re willing to take on the challenge.