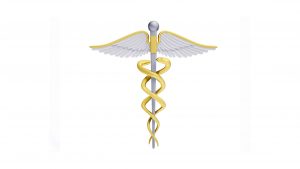 According to the prestigious Mayo Clinic, it is estimated that 7.5% of school-aged children have AD/HD. The great majority of these children grow up to be adults with AD/HD, which means that there are between 4.5 to 5.5 million women in the USA alone with AD/HD. If one thinks of the core symptoms of AD/HD: distractibility, impulsivity and hyperactivity, is it no wonder that woman struggle with seemingly simple tasks such as picking out clothes, keeping their home in order, handling paperwork at their jobs, maintaining healthy relationships, etc? We often forget the many AD/HD symptoms that aren’t usually described in clinical journals and books, but which I’ve observed in countless women. Not all AD/HD presents the same. Some people are hyperactive; others are sluggish. Some love having a lot of commotion and stimuli in their lives; others need to retreat to a quiet space to re-charge.

Consider the list of symptoms below that are not often described in the ADD literature but which I hear described over and over again from the ADD women I talk to. Is it any wonder that one’s daily activities can be so overwhelming?

Effects of Living with AD/HD

For some women, just holding their own in a conversation can be a real challenge. Others avoid social gatherings because they miss social cues, making them feel out of step, thereby shutting down in order to save themselves possible embarrassment. Many feel unable to entertain at home because the piles of clothes, papers and assorted knickknacks keep them away from inviting people over. Relationships, work situations, parenting- all can become huge challenges for women living with undiagnosed and untreated AD/HD. The result of living for years with these difficulties often produces depression, anxiety, low self-esteem, substance abuse, and other co-morbid difficulties.

Treatment of AD/HD in Women

Surprisingly, much of the treatment that is used for AD/HD in children is often the treatment of choice for adults as well. Studies have shown that a combination of counseling, psycho-education (learning more about AD/HD and how it impacts one’s life), ADD coaching, support groups and medication (if recommended by a physician), is the most successful treatment approach for women. The most common medications used are the stimulants (Ritalin, Adderall, Dexedrine and Concerta are currently the most popular) and a newer non-stimulant medication, Strattera.

However, many women, because of their life-long struggle with AD/HD, may find themselves anxious, depressed or both. Approximately 50% of AD/HD adults do experience a co-morbidity which then needs to be medically addressed by adding perhaps an anti-depressant or anti-anxiety medication to their regime.

Research is beginning to show that AD/HD women have special issues throughout their lifespan that cause extra difficulties in their living with this disorder. As hormonal changes shift, so do their AD/HD symptoms. On the one hand, some girls may find that their hyperactivity improves during puberty, yet they may experience an increase in mood instability before and during their menstrual cycles. Peri-menopause and menopause can create it’s own set of problems. Women often report an increase in AD/HD symptoms, particularly memory loss and difficulty with word retrieval. Some notice an increase in depressive symptoms. It’s important for women to work closely with their physicians during these times, so that changes in medications can be discussed. Often, hormonal treatment can alleviate these aggravated symptoms.

Whether you are a teenager, or a post-menopausal woman, it’s important to regularly check your “AD/HD temperature” and discuss any changes in your symptoms with your health care provider.

Editors and publishers are free to reprint this article as long as it’s reprinted in its entirety and the signature line remains intact. Please direct a courtesy copy to terry@addconsults.com